You may have heard the buzz this week around the new beta version of Dispo, the app formerly known as David’s Disposable, as in Vine/YouTuber David Dobrik’s version of those camera apps that simulate the look (and sometimes also the experience of waiting for photos to develop) of disposable film cameras. David himself notoriously shoots his exciting life with tons of those cameras, so the app made sense as a spinoff business. It wasn’t the first of its kind on the App Store, and there were so many others with knockoff names like Huji (Fuji) and Gudak (Kodak). So while David’s fans probably used it, the first version of the app wasn’t thoughtfully designed or original enough to be an essential camera app. Now, the next version is being taken seriously with millions invested and a full-time team hired.

Side note: This reminds me that one of the first app ideas I had and sketched out in the early years of the iPhone was for something similar. Obviously I never had the guts to make it, which is the main gap between ideas and profit. I was thinking you could “buy” and load rolls of film into a camera (complete with having to thread the initial end bit onto a wind-up spool before shutting the door) and then send them off to the lab when you’d shot 36 or so images. And after an hour or a day had elapsed, you’d return to the app to see a yellow paper envelope slide across a store counter to you, and be able to tear it open to see your shots (and the included negatives). I remember feeling kinda bummed when the first camera app to do the enforced waiting time gimmick came out. It wasn’t as skeuomorphically cool. I think it was 1-Hour Photo by Nevercenter.

Anyway, Dispo 2.0 is currently in beta and I only just got in. My first batch of photos came out this morning at 9am (the predefined time for all photo deliveries), and they look fine. You get a lightly push processed, slightly cool-temperatured shot in a 16:9 aspect ratio. I don’t understand why it’s not 3:2 like normal 35mm film. The flash is on by default as a core part of the disposable aesthetic. All EXIF data is stripped out, including the actual time of capture.

There’s a lot to like here so far, but it’s also a little unusual as social apps go. The tutorial doesn’t cover some of its sharing features, so you have to figure them out. There are “rolls” that can be public or private, solo or with others. I suppose they are really “albums”. Before you shoot a scene, you may load multiple rolls in the camera that you would like to contribute the resulting photo to. Which breaks the metaphor of the film roll somewhat, because disposable cameras don’t normally shoot onto four rolls of film simultaneously (nor do they have replaceable film)! After a shot is developed, however, you can manually add it to any roll.

Each roll can only have 69 contributors, so the emphasis is on doing it with your friend group, but there’s no limit to how many members of the public can follow a roll and see it on their feeds. David Dobrik himself seems to be using rolls to capture short events, like throwaway albums, rather than as curated, ongoing thematic feeds like I see some others doing for their pet, food, or “good vibes” photography. Perhaps the idea is still being tuned, or maybe they’re fine with people using them however they like.

Beta testers are not supposed to share screenshots, so I won’t. But it’s an example of non-cookie cutter UX design that asks you to work a little to figure it out; Snapchat and at least one redesign of VSCO often get credited for attempting personality in a post-iOS 7 world. Outside of games, it seems it’s often camera/photo apps that still go for it.

On the other hand, Hipstamatic has devolved into such a confused and cluttered app that you have to really work to figure it out. No fun at all. I miss the old Hipstamatic, and Dispo looks like it might bring some of that magic back: you’re encouraged to shoot without chimping, frame loosely through a tiny viewfinder, and be happy with even the crappy shots.

It actually reminded me today that Hipstamatic once tried an app called DSPO, pretty similar in concept. You had virtual rolls of film that you’d have to shoot fully before developing, and you could invite friends to share a disposable camera in real time. Two people in two cities could shoot a roll of film together. I remember it crashed a lot for me, and it was a struggle to convince anyone to install it. So it failed. Good idea, wrong time and execution. At least amongst millennials and zoomers in the US now, Dispo seems to have avoided that trap: the TestFlight beta is fully subscribed.

How’s everyone doing? I recently went to New York for the first time ever, and did a bunch of touristy things. It was also my first time in the U.S. in over a decade, and maybe overestimated how bad the TSA and airport immigration situation would be. It’s the last thing you want after 20 hours of flying: to be stuck in an hour-long line with people barking at you to take your clothes off. But we got in and out of JFK without much hassle.

Having an Uber account is fast becoming the most important thing to a traveler after having maps on your smartphone and watch. It lets you integrate with any city with no more difficulty or delay than if it were your own. There’s no need to plan an airport transfer in advance, find out if tipping’s expected, or get flustered if you’re late for a show downtown.

We got into a performance of Hamilton literally against all odds. The show is sold out for the next year, and resale tickets are pretty much unaffordable, but there’s a daily online lottery where you can get front row seats for $10. I heard somewhere that tens of thousands of people enter each day, and it can take months of trying. Kim somehow managed to win tickets a day into our second week. It was the first day of Javier Muñoz’s permanent run as Hamilton after Lin-Manuel Miranda stepped down, and he killed it. I was sick and shivering with a fever, and it was still incredible and unforgettable.

You can’t take any photos during the show, so I don’t have any. And despite bringing my Fujifilm X100T on the trip, I didn’t even use it once. Not one frame. Maybe it was the summer heat and not wanting to be encumbered or precious about one more thing to avoid banging about/losing/getting stolen, or maybe I just wanted to keep it casual, but my iPhone did everything. Fusion HDR and ProCamera’s LowLight+ mode helped in extreme lighting conditions. For shooting distant subjects in good light, I think it’s really close to what the X100T would have got. As holiday snapshots go, I’m happy with what I got. This fall’s iPhone 6SE/X/whatever will close the gap even more.

The one thing photos can’t do is capture other aspects of the experience, but Live Photos and 360º panoramas can be better at it than the usual 2D stills. We recently got a Ricoh Theta S at work, and now I want to take something like it on my next vacation. Being able to grab everything in a scene with a single button, and re-enter that environment later with a VR headset… why wouldn’t you? I’ll hold out for the next model with better image quality, but it’s one thing your smartphone camera won’t compete with for awhile. If you have the time to stand in one spot for a few minutes though, you can use Google’s oddly branded Street View app to capture spherical photos.

Real talk: I didn’t get to see that much of the city, relatively, but it was pretty cool to visit. In terms of livability, though, it’s not topping Tokyo for me in any of the categories. I’m probably the worst person when it comes to dealing with loud crowds, germs, heat, public transport breakdowns, the threat of impending personal harm — basically i’m a paranoid baby. Living in New York probably wouldn’t play to any of my strengths. But between Ktown and David Chang’s Momofuku Ssam, I think they’re doing a great job with Korean food! It was far from my favorite cuisine before, but now I’m a convert. 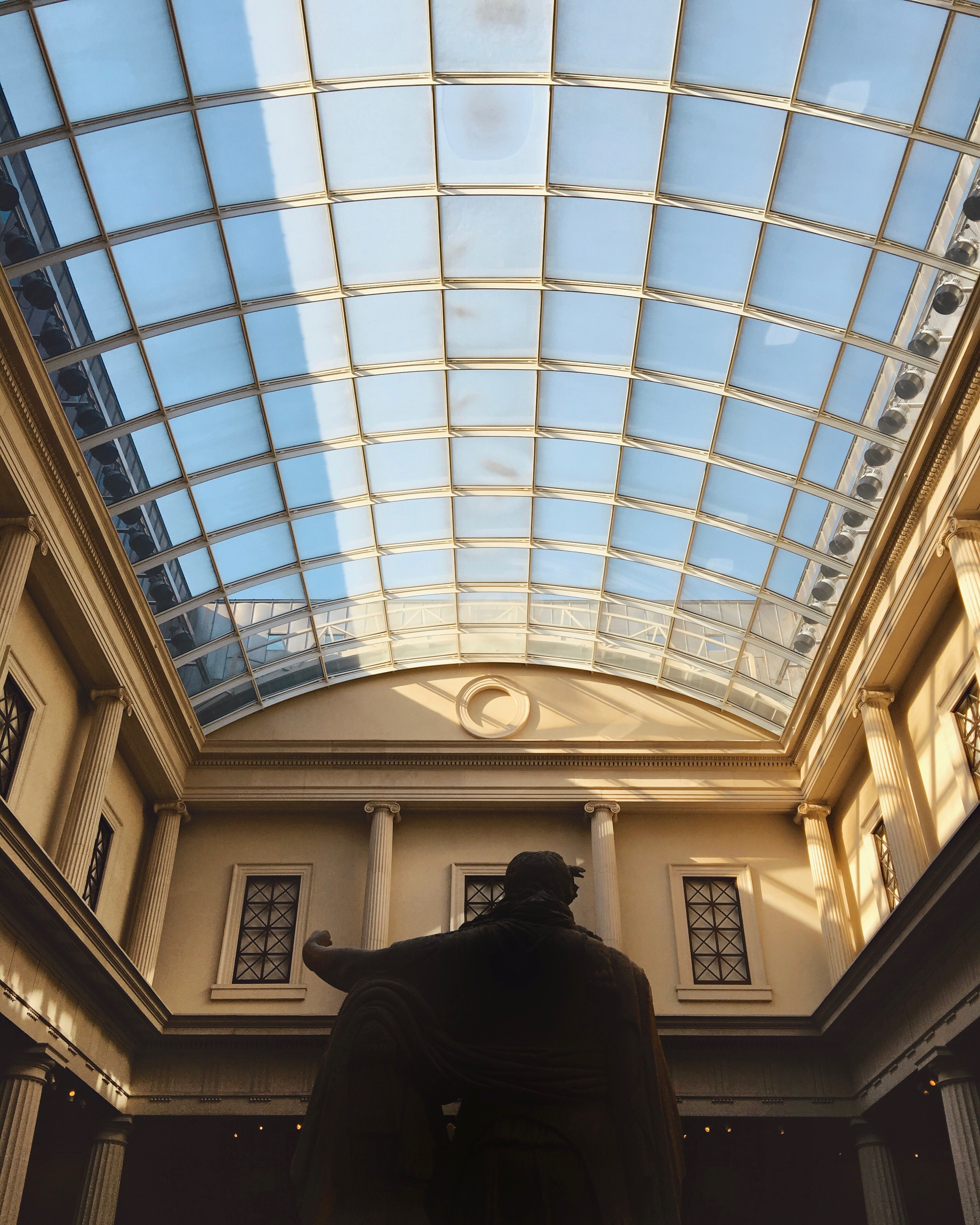 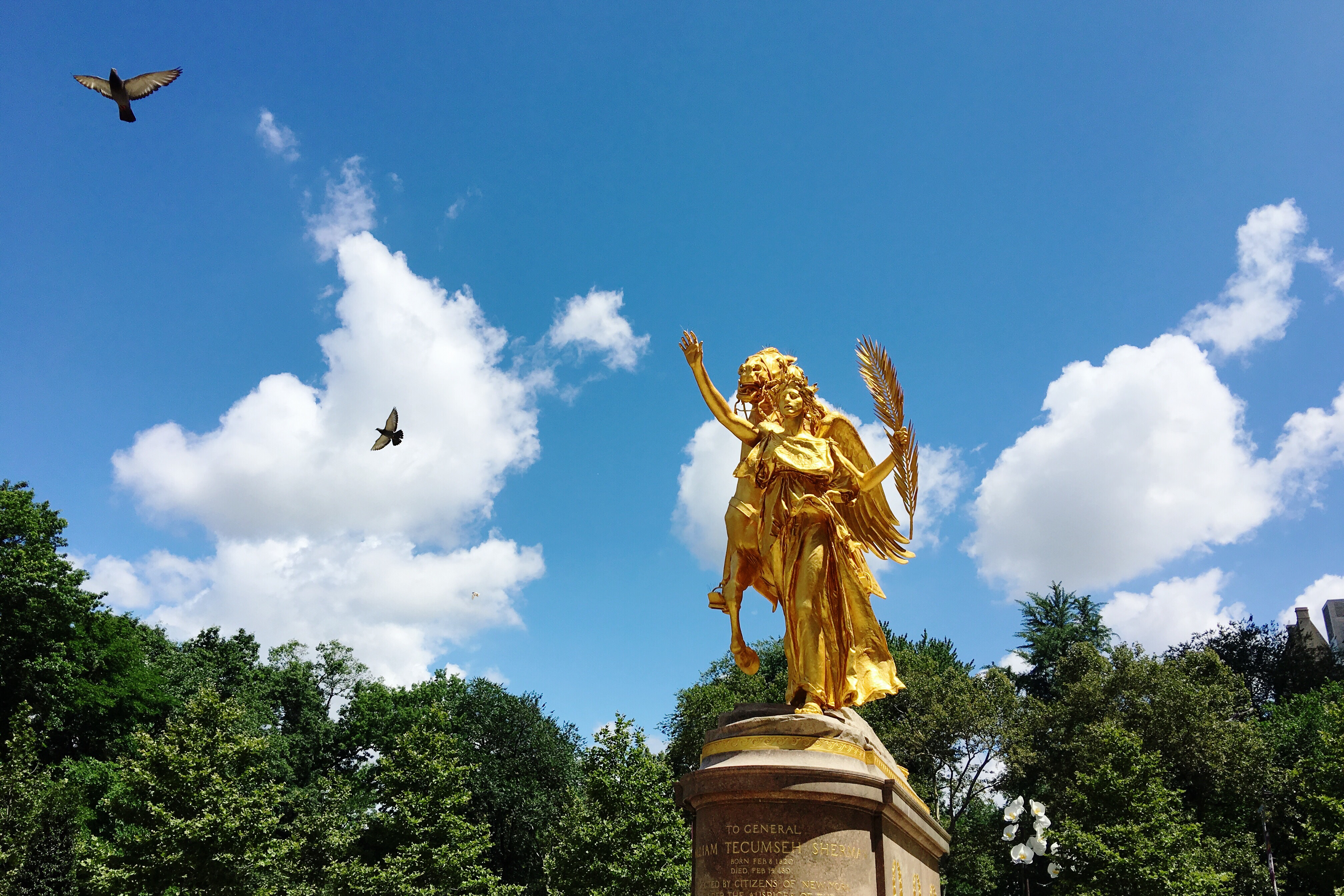 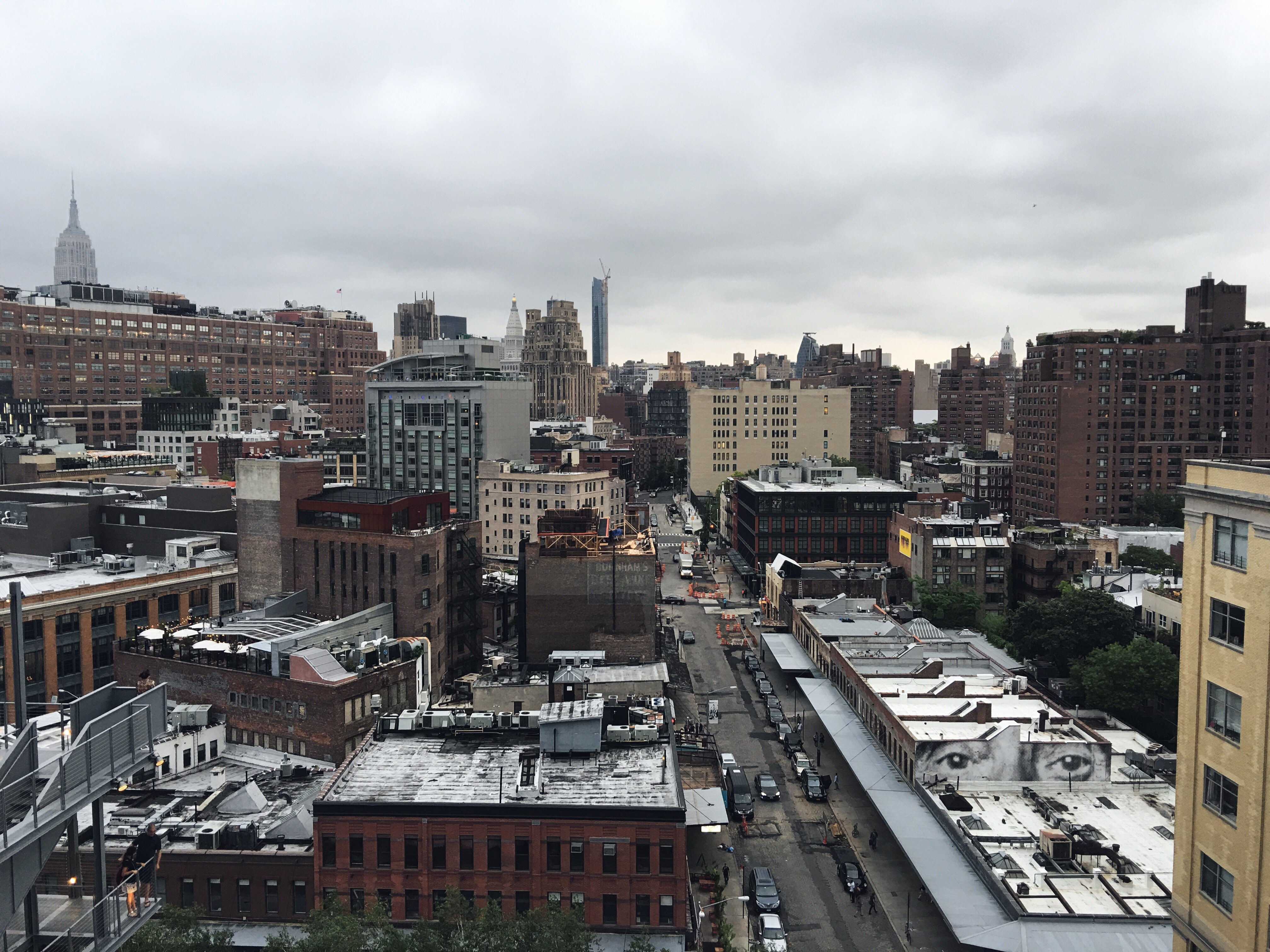 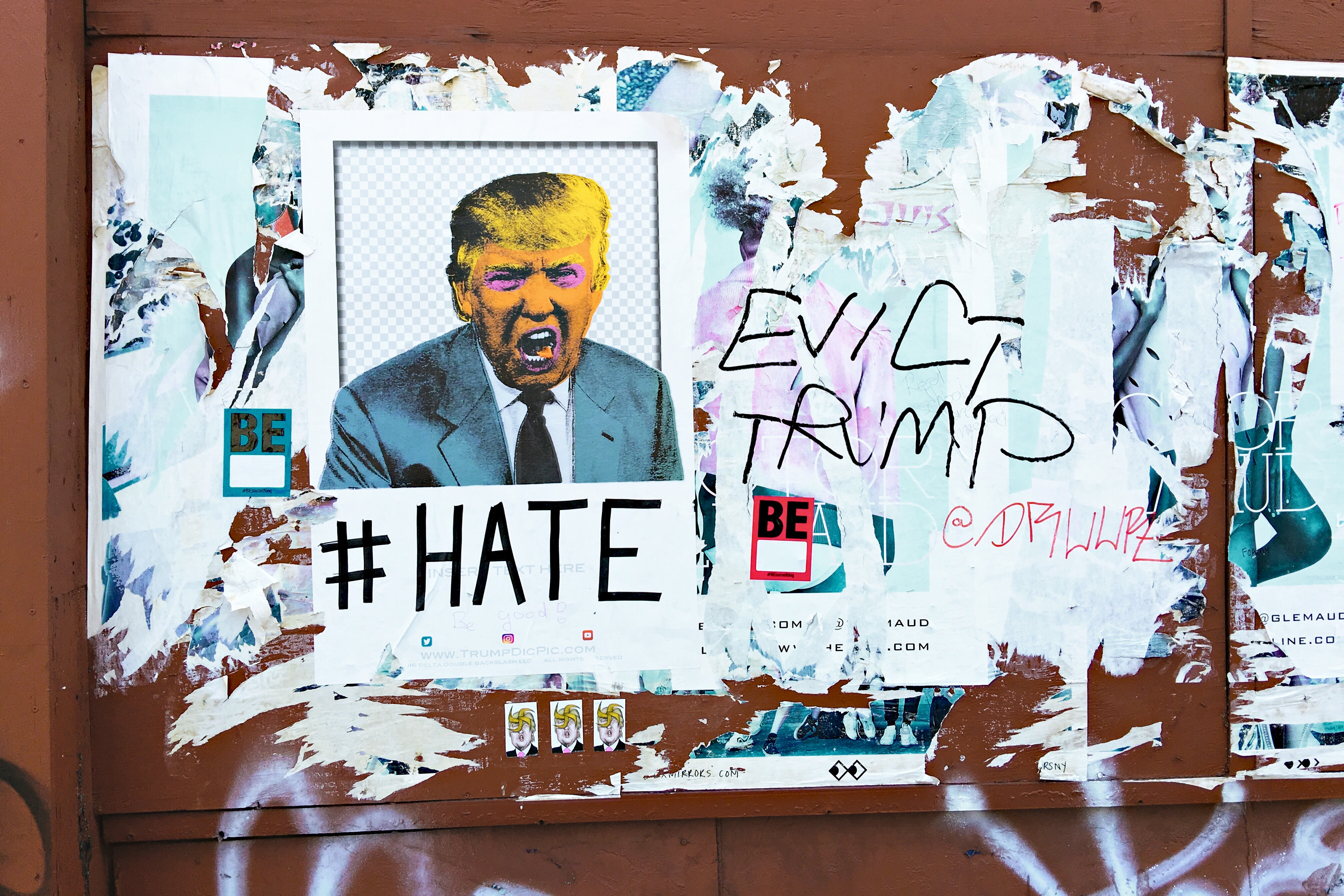 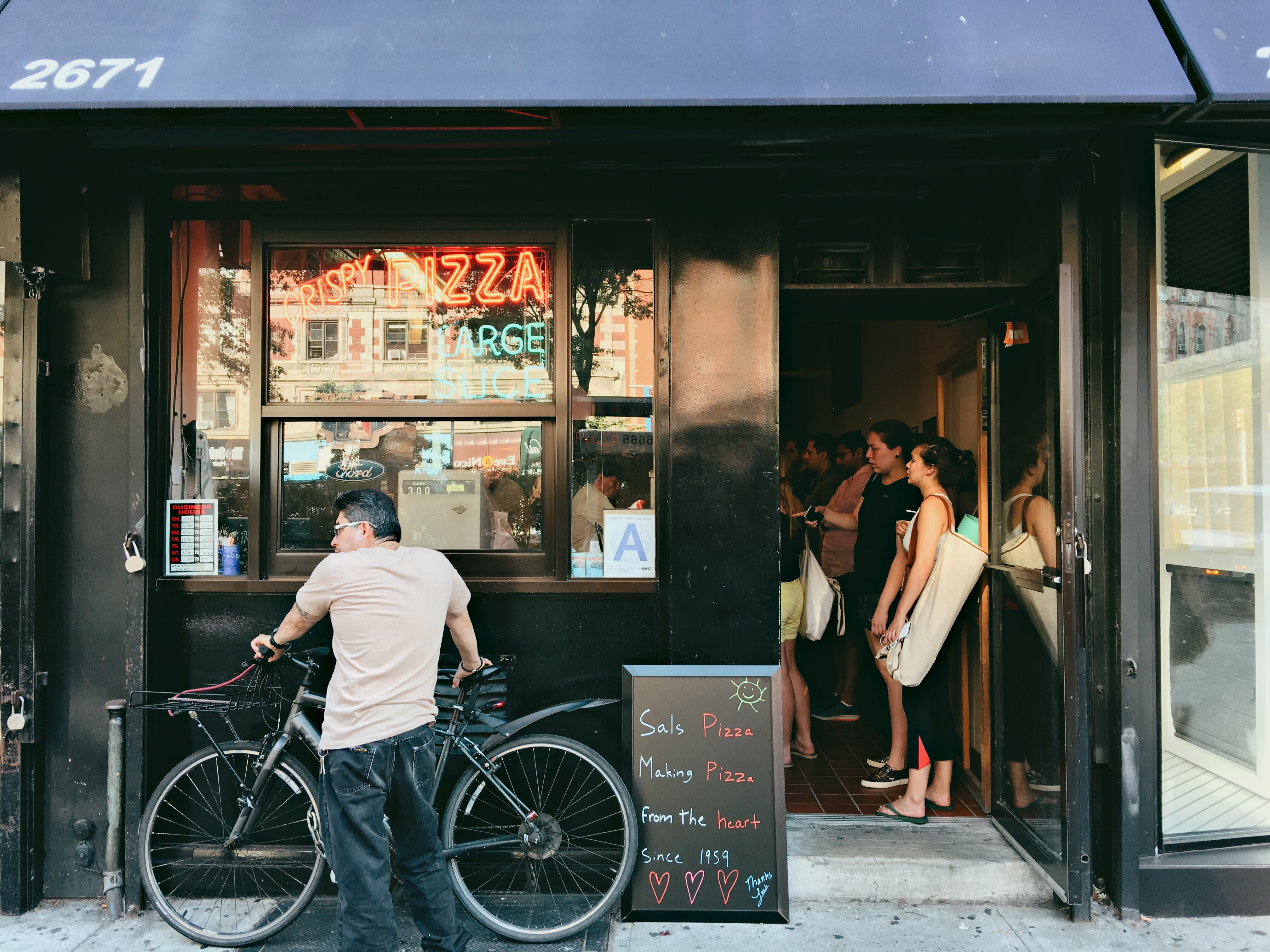 Back in the day, one side of my family was responsible for a lot of the orchids being bred in Singapore. My late grandma’s brother still has a collection growing at his place, which we just visited for Chinese New Year. Unfortunately, I don’t speak Teochew and communicating with that generation is generally impossible. 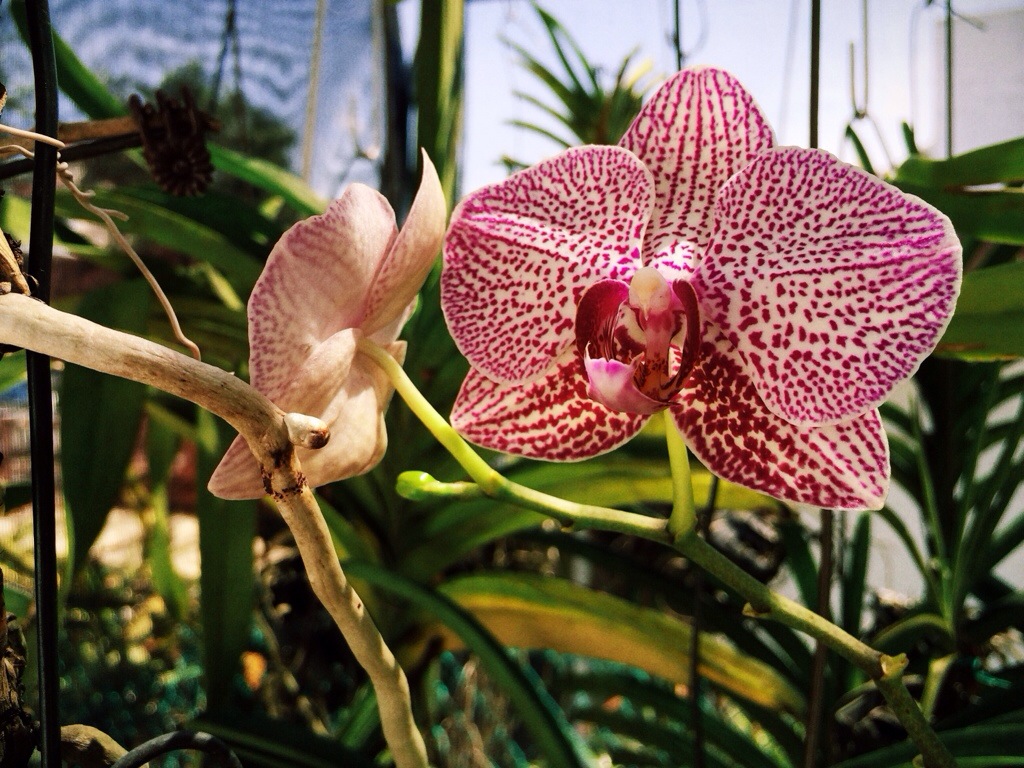 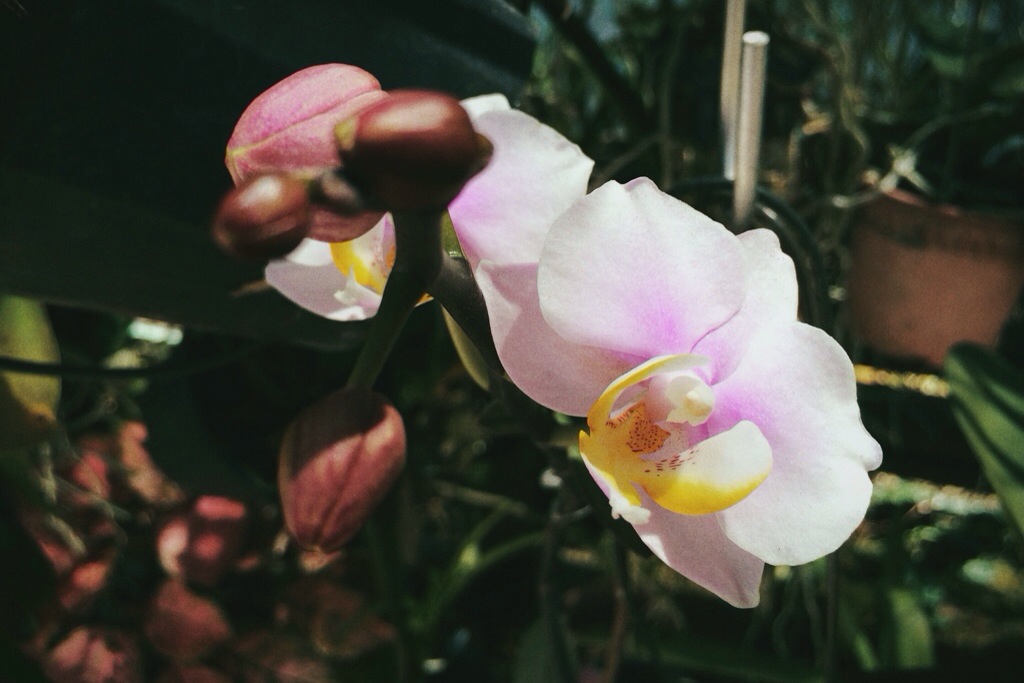