We had a series of strong storms this week. It’s bright out now as I type this, and yet I’m still hearing distant thunder. When they get going, these rumbles send deeply unsettling bass throughout the house, and the torrents of rain above make me imagine a hole opening up in our ceiling. They turn the mid-afternoon depressingly dark and they’ve been coinciding with conference calls, which makes me feel like I’m working at night. Because Singapore is so small, I often hear thunderclaps on a colleague’s end of the line just seconds before hearing it for real. Saturday was especially bad, with some streets kinda flooding with about a foot of water, which made me rethink going out to our dinner reservations.

However, the $70 penalty for no-shows was a great motivator. We had a good steak dinner at a restaurant that I, no joke, got served the day before in an Instagram ad. There’s a lot of junk being sold through Instagram ads, but fortunately this was a quality discovery. I did my homework via TripAdvisor and Google reviews, at least, and they have a 4.5-star average that I can corroborate on the basis of last night’s meal.

Come to think of it, there was a lot of eating out this week. On Tuesday night, spontaneously, we decided to go out for one quick drink at the neighborhood bar before dinner. This ended with a total shitfacing on soju and beer before 10pm. I haven’t had a hangover in a very long while, but Wednesday morning convinced me not to try that again.

Friday night, Kim made a leg of lamb for dinner with her parents. It roasted away for a good six hours, and because the doors weren’t closed, we had a delicious muttony and rosemaryish aroma in every room over the whole weekend. Which… might have subconsciously led us down the path of an over-the-top Korean BBQ on Sunday night. My birthday’s coming up, so I’ll blame all the weight gain on that.

We’re still watching Gogglebox most nights. One old lady, Shirley, is fond of saying “shitting hell” in reaction to things on TV, which cracks me up. She probably chose it as a less vulgar way of saying “fucking hell”, but because it’s such an unusual pairing, it sounds even more offensive.

Her husband remarked to her in one episode, “you’ve never had Indian food, have you?”, which blew my mind. She just wasn’t interested in trying it, or anything else exotic. She was also handed an avocado at one point, and had no idea what it was.

A couple of days later, I saw these tweets:

The linked article from the Guardian is about a farmer who’s had the same dinner every night for the last 10 years, and is totally fine with it. He says “I’m not interested in other food. I’ve never had Chinese, Indian, French food. Why change? I’ve already found the food I love.” And what’s this food, you ask? “Two pieces of fish, one big onion, an egg, baked beans and a few biscuits at the end.”

I don’t have a problem with a couple of odd people being perfectly satisfied with their uniform dressing routines, or some others not having the sense of adventure that leads them to visit underdeveloped countries or dangerous natural environments on holiday. But celebrating a life where you don’t bother to try eating (just eating!) things that billions of other people have agreed are awesome; that’s kinda strange. It’s such a low risk/effort for high reward scenario.

That’s enough about food. I’ve been playing a lot of the new Star Trek: Legends mobile game, a story-driven strategy gacha game that has no in-app monetization as per the rules of Apple Arcade. If you’ve ever wondered how such a game would play out without the usual pay-to-win mechanics, they’ve still got timers and time-limited events, but you can earn all the currency you need by grinding, and the reward rates are generous. I can’t tell if I’ve had enough yet, but I may keep going to see where the story goes and hopefully unlock Picard and Data.

I read just one chapter of The Diamond Age this week, which is an utter embarrassment. Fortunately, I’m going to have some free time coming up soon, so my Goodreads 2021 Reading Challenge target of 24 books has no reason to worry.

I see Michael’s posted his weeknotes already, and recommended this 20-minute video on Portishead’s debut, Dummy. I’m still watching it, but it’s definitely worth your time if you know and love the album.

A little over a year ago, I was eating a KFC rice bucket (it’s popcorn chicken and a cream sauce over greasy Singaporean chicken rice for $4) when some friends on holiday sent photos of themselves by the pool looking trim and fit. Major mirror shame. That same day I started on a diet and ultimately lost about 10 kilos over the following months.

Not knowing anything, I did the most logical thing and went with calorie counting. Over a few weeks and several conversations, I worked out that it was far better to eat protein-rich salads, embrace fats, cut down on carbs, and eliminate unnecessary sugars. Only lately did I learn that eating like this continuously is the most important thing; if you’re only doing it every other day and not letting your body get into a rhythm of ignoring carbs and burning fat, it’s useless.

So lately I’ve been trying to get back into eating healthily because I’ve spent the last 4 months of this year being careless and having too many nasi lemak breakfasts near work. There’s a lot of salad in the CBD area, but it’s awfully generic, especially if you’re looking at the ones in hawker centers. Gotta break it up once in awhile. Which is why I’m really glad to have found Grain Traders at the new Capital Green building diagonally across from Lau Pa Sat.

I’m not sure how they describe their concept, but since I’m a copywriter I’m gonna go with “fancy ass salads made with freaking tasty shit”.

I dropped in in the morning for a cup of coffee and a takeaway bowl of roast pork brown rice porridge ($8) which was more pork than porridge. I tried to spoon some rice up for a photo but couldn’t get enough of it because of all the baby corn and avocado and egg in the way. That’s a really good problem to have. The boiled egg, by the way, was perfect: soft and runny in the center.

In our corner of the CBD, breakfast ranges from $2 for some plain fried beehoon to $15 for an expat-friendly wrap. As I ate the porridge, I couldn’t help but imagine how much some of the places around would charge for something like that. Not $8. Maybe $12? A bowl of tomato soup goes for $10 at one place!

People say I can get a bit obsessive, but if those jerks are too undisciplined to eat the same thing for 6 months straight, I don’t care what they think. So naturally I went back again a few hours later to check out the $16 bowls. You can get them on white sushi rice, brown rice, quinoa, salad leaves, soba, or bulgur wheat.

I’m impressed by the amount of care that seems to go into the individual components, like this “crunchy medley of greens” they put in some of the recipes; it’s conceptually one whole unit, but some vegetables in it just pop, like they were cooked and flavored in a separate process, and it elevates the whole thing with complexity. And that’s just one of the 6 or 7 things that was in my “Rooster’s Crow” quinoa bowl today, alongside chicken, roasted peppers, nuts, a mixed bean Pico de Gallo, basil dressing, and… leek?

Every ingredient has its own thing going on, which should justify the cost easily when compared to one of the popular salad chains nearby, which ungenerously spoons in pre-processed chopped olives and cold cherry tomatoes for nearly the same price. I read one comment on Facebook that said $16 was prohibitive and they’d maybe eat there once a month! Sadly, if you’re trying to eat low-carb, there’s no way around spending more since all the cheap stuff is rice and noodles with half a handful of deep-fried protein thrown in.

Anyway, I’ll be going back tomorrow to make sure it wasn’t a fluke, but damn I liked what I saw.

Update: Oatmeal with banana, apple, and cinnamon for breakfast the next day. Pretty good along with this bottled white cold brew.

The Lavender/Jalan Besar area has been a little too hip lately, and walking down the streets you’ll see several cafes with all too twee decor, or preserved signboards from the Chinese businesses that were previously there (the new stores incongruently named the same thing; the coffee place named Chye Seng Huat Hardware an obvious example), with many prices on the new menus a few zeroes removed from the hawker stalls they coexist with.

Druggists is one such new factor in the gentrification of an area that houses the undertaking facilities of Singapore Casket, a small stadium, Hong Kong-like shophouses with murky windows through which racks of hanging clothes can be seen, and furniture shops where the products are still made on site and spill out onto the road. It is guilty of all the aforementioned crimes: it’s a craft beer joint with an interior made to look like a traditional Chinese diner, complete with marble tabletops and mosaic flooring; the sign above the front door reads “Chinese Druggists Association”, looking straight out of 60s Chinatown; and a pint will run you up to $21 while bottles of Tiger at the kopitiam across the street can’t be more than $5. 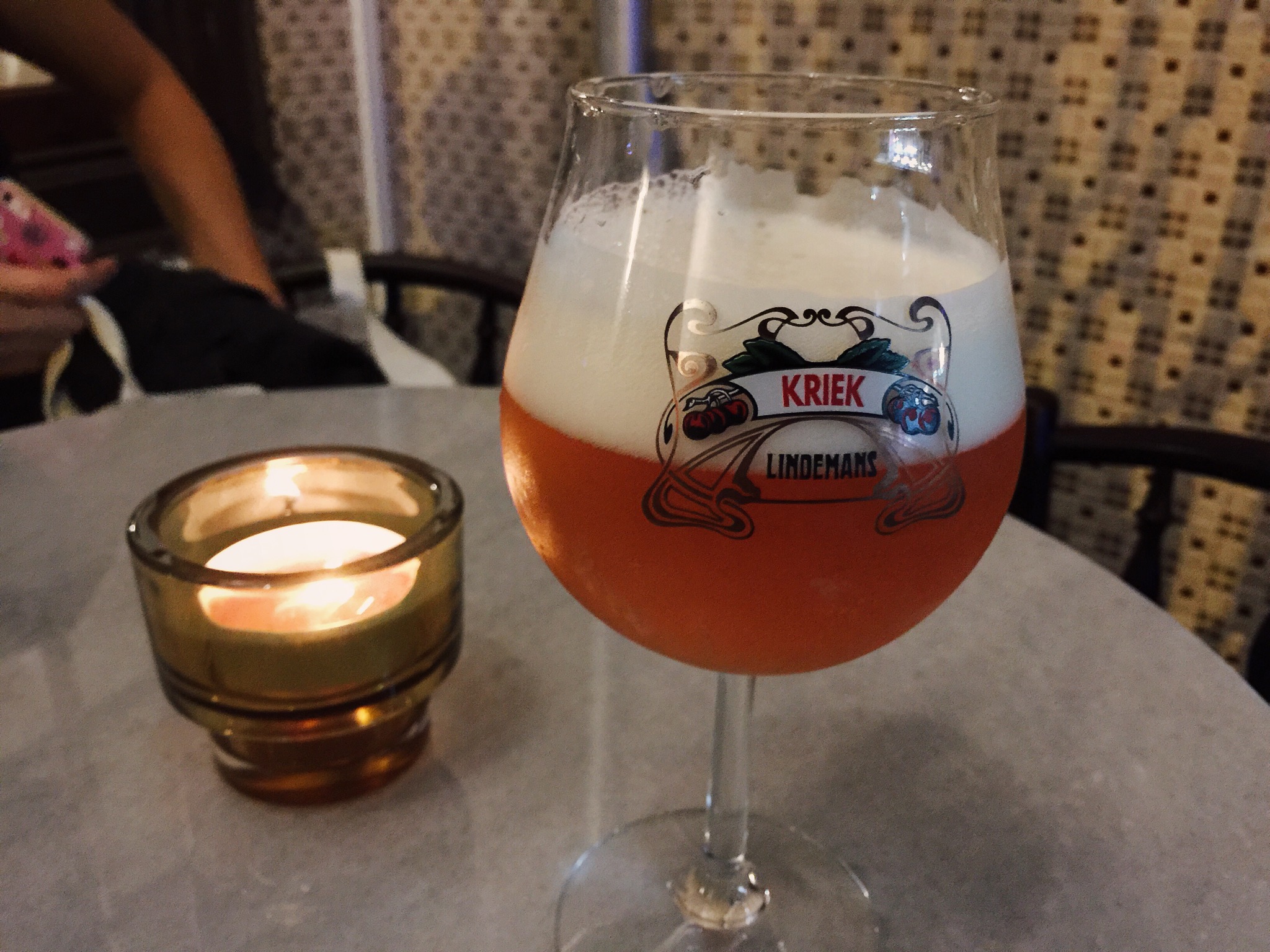 But who cares, because you’re there for 23 taps of craft beers imported from across the globe, and they don’t take your VISA at the hawker centers anyway. There’s no way this stuff was going to come cheap, but I’ll tell you what, they make it easy to try a bunch of them. You can get any beer in a half-pint size that’s reasonably priced at about 53% of a full pint. I never understood those bars where the two sizes are something like $12 and $15, and happily, that’s not a problem at Druggists. (What a name! I can’t stand typing it.)

If you go to the bathroom, you’ll find the tap over the sink is an actual beer tap, which is a clever touch. The airconditioned interior is enclosed and all hard surfaces, which makes it noisy and difficult to have a conversation, which isn’t so clever. The two tables outside fare much better, and you can enjoy your imported IPAs with the cultural dissonance of a nearby Chinese banner ad (yes, the offline kind) advertising a dodgy sounding sleep/health service for $10-40. It’s delicious.

We’ve been fans of Windowsill for awhile, although I’ve only eaten their pies on two occasions before this. They had a tiny outlet in Pandan Valley before, which we didn’t have a chance to visit before they closed down.

Since then, they’ve been operating a delivery business which we recently had a chance to use when an American friend was missing traditional dessert pies (like pumpkin) on Thanksgiving.

This new place is called Windowsill in the Woods, probably because it’s outside of town in Lavender (78 Horne Road), and has a wood cabin theme going on. The pies are still fantastic, but we didn’t have a chance to try the coffee because they were having electrical issues, and the interiors could do with some acoustic dampening. It looked like they were still sorting some stuff out, but in all, a nice enough place for a quiet Sunday. 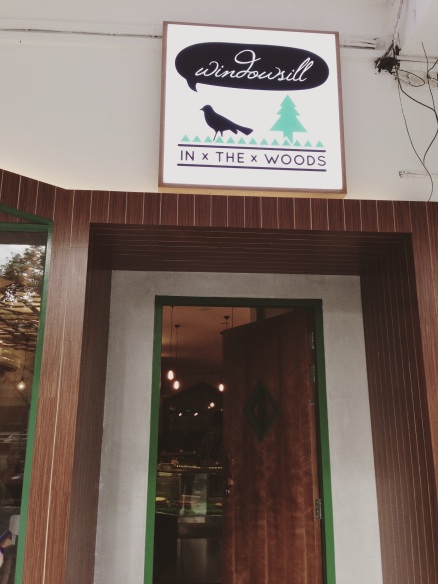 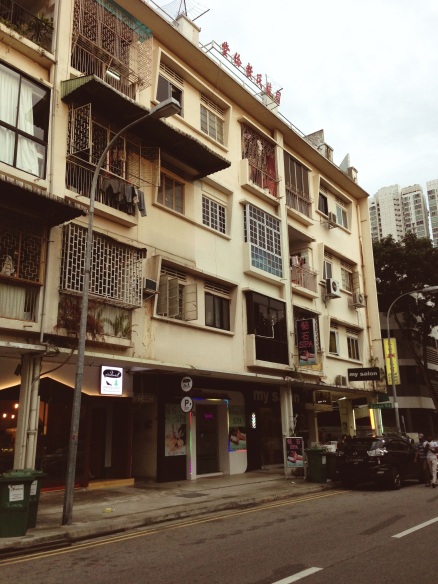 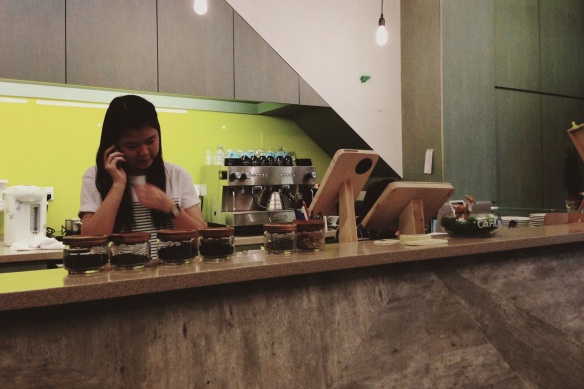 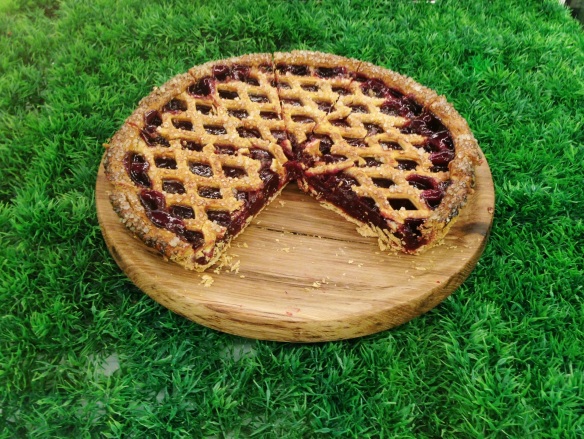 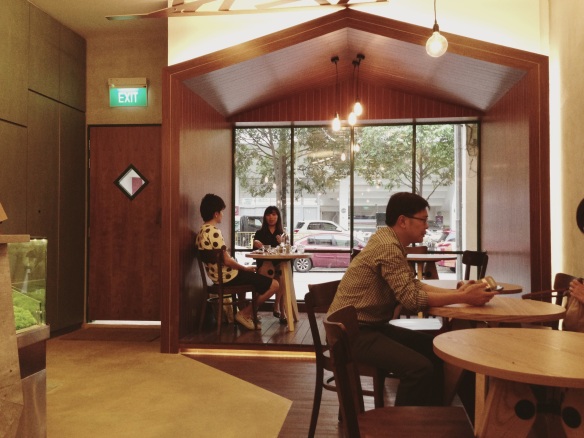