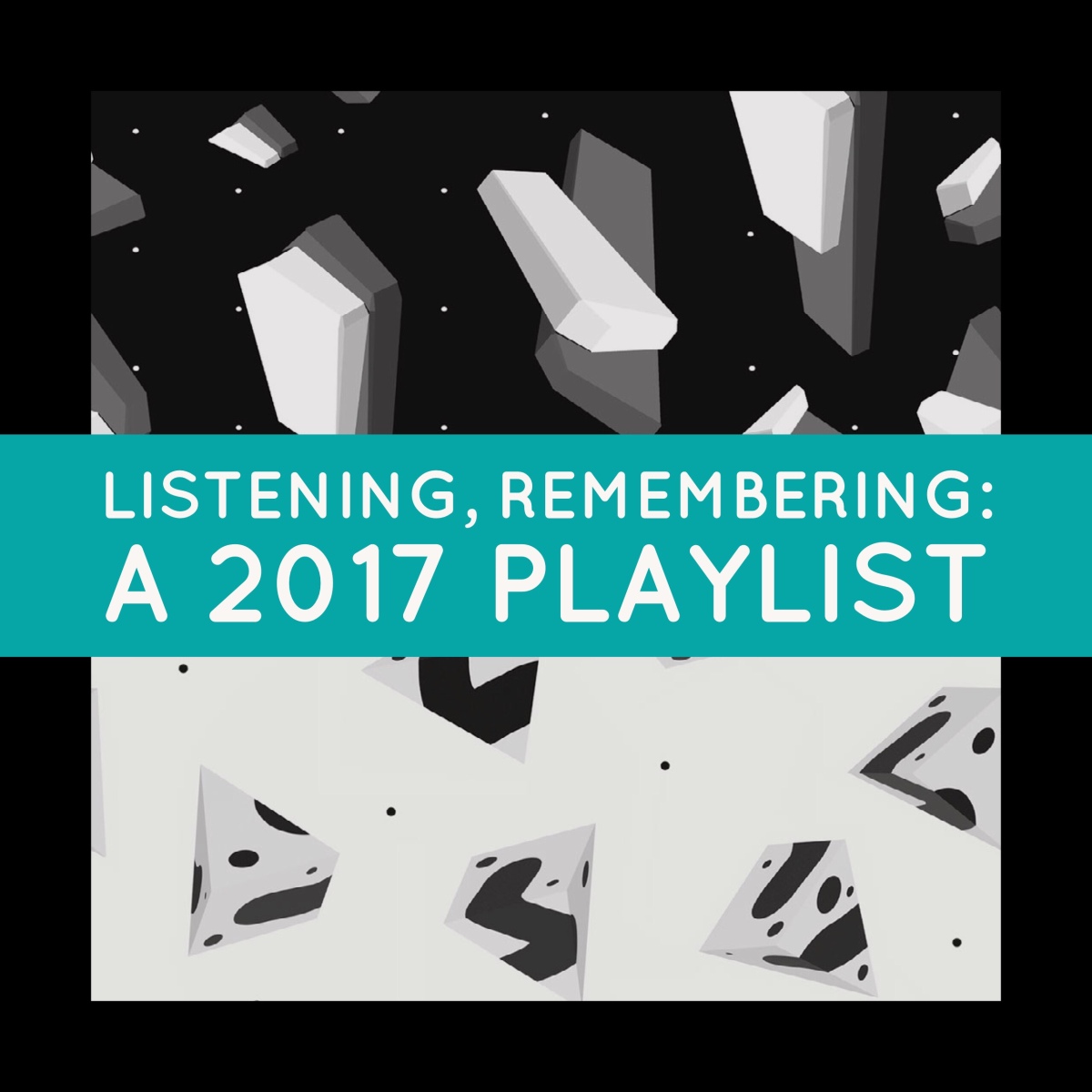 In the early days of this blog and being online, I’d make mixes and upload them somewhere for friends and readers. Those were usually one and the same, who am I kidding? Personally, I hardly have time to listen to playlists made by experts, so I don’t know why I thought people would listen to mine. Adult hindsight: I made them for myself.

The end of year mix was a particularly fun undertaking. I don’t scrapbook, or watch algorithmically generated Year In Review videos from Facebook/Google/Apple, and I lack the openness to write an entry all about my experience of the year without doing it in relation to another topic. Hence music.

Every track you add is inevitably a personal choice. Some were soundtracks to moments, some were recommended by important people, others are evidence of flirting with new genres, trying to stay in touch with the distancing past or the youthfully new. A listener could conceivably read between the lines, but hopefully they’re already too busy forming their own reflections.

This year, I started a new job and as an end-of-year team activity, I thought it’d be good to compile a playlist with a couple of contributions from each member. Here it is.

That activity got me inspired to do a personal one, and I think I’m finally done at 34 tracks across 2 hours and 8 minutes. A double album! At the very start, I thought 2017 (not the best year, right?) would be a slim list. And way too many things that came to mind were actually from 2016. A year can seem like a small and fuzzy lump of time by December. But when you start going through your library, the months all come back and start to feel distinct again. It’s really therapeutic and I recommend it.

Anyway, here’s how my 2017 sounded. A few notes on particular songs follow.

The impact of Apple Music on my listening behavior has been significant. I stopped using Spotify when it launched (I had technical issues that Spotify wasn’t interested in fixing, so it was easy to leave), and I kinda love it. I discovered a number of songs on this list through Beats 1 radio, Apple Music’s playlists and Up Next artist spotlights, and Apple’s own product commercials. This song showed up in my recommendations and then appeared in an AirPods ad.

If you’d bet me on the day this song came out that I would eventually grow to love it, I’d have taken you up on it. I don’t know when it happened, but I went from being annoyed at its apparent laziness to having it stuck in my head when I’m doing the dishes.

There’s a lot to love in the DAMN. album, but this is the one I keep coming back to. Maybe it’s how Zacari sounds like a guilt-free Bieber, or maybe it’s this bit in the chorus: “If I didn’t ride blade on curb / Would you still love me?”

2 thoughts: I will never be able to hear the chorus without picturing the unicorn Animoji singing it, as per the iPhone X ad. And why does Alisa Ueno, who is properly from Tokyo, pronounce Pokémon as “pocky-mon”? Is everything I know wrong?

Highly improbable that in a year where Ryan Adams has an album out, that album is not my favorite of the year. Prisoner wasn’t weak, it’s just that Lorde’s Melodrama was astounding.

I Miss Those Days — Bleachers

It’s thanks to Lorde and Taylor Swift that I looked up Jack Antonoff’s solo music. I was not a fan of “fun.” the band, but his other project, Bleachers, was a superb find. The MTV Unplugged album (they still make those?) is probably a better place to start than Gone Now, as it covers material released before this major label debut.

So many covers this year. I wonder what it means.

On the Cigarettes After Sex cover of an REO Speedwagon song: I only heard of them from a friend just the day before they played here in Singapore, too late to get tickets. I remember being on the bus home when she sent me a fuzzy video of this song being performed and getting goosebumps.

I still have some residual pop embarrassment about liking this very overplayed song, but it’s such a great debut story for someone who’s worked behind the scenes writing for other singers.

Billie’s one of the year’s best new artists, no question. The new EP’s version of her 2016 hit, Ocean Eyes, is just a little bit better than the original, which makes it oh… tremendous? Plus the fact that she’s just 15 and already loaded with talent. I can’t wait to see what she does with it.

They are really starting young these days. Could not get this out of my head for weeks.

Super Mario coin SFX sample. No one had done it before, and mad props are deserved.

One of my favorite Japanese performers reclaims a song originally given to the actress Chiaki Kuriyama (of Gogo Yubari fame, in the movie Kill Bill). It is just fantastic to see her still bringing it.

Perfect power pop chords! It’s like Fountains of Wayne meets The Wannadies meets The Beatles. I racked my music brain for days trying to figure out where that gorgeous “When I am all on my own / One foot is in the grave” melodic line was stolen from. I even found people on Reddit asking the same question. Haven’t found it. Maybe it’s one of those universal, eternal chord progressions. Rivers Cuomo apparently wrote the album using Google Sheets to organize and cobble together thousands of musical ideas he’d collected over the years.

I can’t really choose a favorite song from my album of the year, but I’m partial to this one for its exuberance and Supercut for merely existing. It’s amazing to me that a visual concept invented and named just 9 years ago can now be a post-YouTube young person’s native reference for how memory works.

It’s been exciting to see DAOKO’s rise over the past few years, but I wasn’t sure about her recent turn away from hip-hop. Another friend who’s been working in Japan for the past few months confessed to having this song on constant repeat, and I have to agree it has the potential to trigger nostalgia years down the line.

Oh, on the flight back from Tokyo earlier this month, I sleepily watched Fireworks, Should We See It from the Side or the Bottom? without knowing this was its theme song. When the credits rolled and that do-I-know-this-song? feeling drifted over me, halfway across the South China Sea, I got a case of deja vu and something like loss — the visits there are never long enough.

Edit: DAOKO’s new album Thank You Blue came out Dec 20, along with an unexpected mini-album Charmpoint, and rapping is back in her repertoire!

One thought on “Listening, Remembering: a 2017 Playlist” 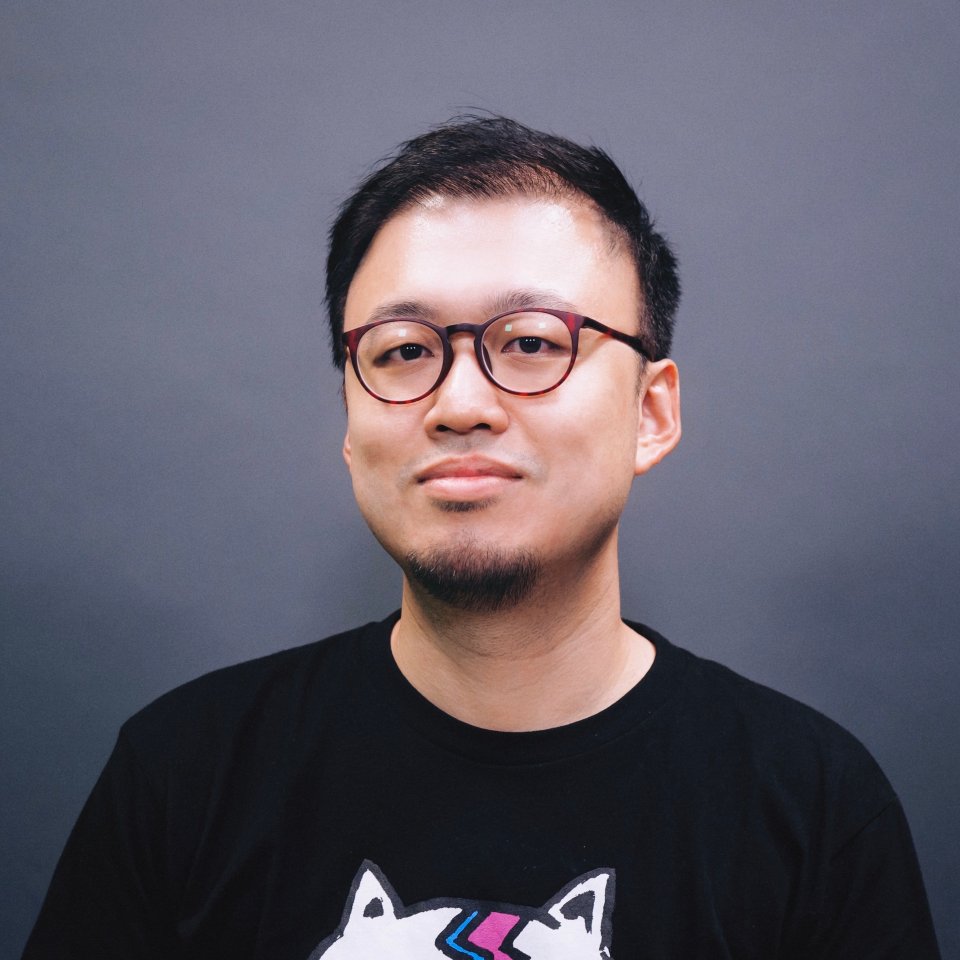 Hey there, I’m Brandon Lee, a writer and product/service designer in Singapore. My YouTube recommendations are made up of camera reviews, golden retrievers, Japanese food, and video games.